A Sporting Asian Adventure: Thinking Through What is Asia? InterAsian?

A long(ish) blog this month, and quite academic heavy. However, some accessible links three quarters of the way through for anyone interested in further reading or pieces.

At the beginning of December last year I was privileged to take part in the ‘InterAsian Connections VI: Hanoi’ international conference.  Supported by the Vietnam Academy of Social Sciences the conference was part of a larger partnership between multiple universities and the American based Social Science Research Council. The VI edition featured eight workshops on varying topics and I participated in the ‘Sport Mega-Events as Hubs for InterAsian Interactions.’ I contributed a paper with a collaborator Dr. J Simon Rofe. The paper was part of ongoing research at SOAS University of London where I have been a Teaching Fellow and Research Associate during 2017/18 academic year.

A few brief reflections from my experiences. 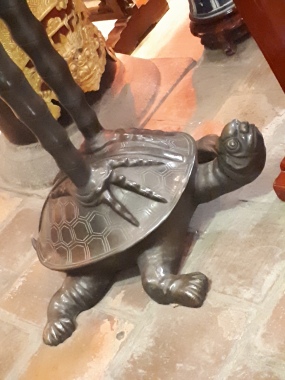 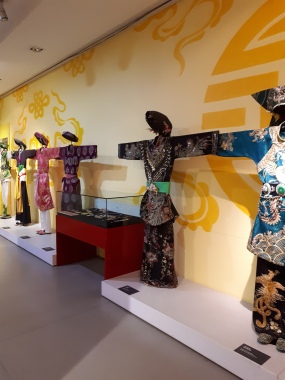 1) Vietnam as a host country. It was my first time in Vietnam and after being in Japan (see my last blog post) I was unsure of what to expect. Vietnam (and mostly Hanoi/Ho Chi Minh where I stayed) is full of character and clearly growing at a real quick rate. Sporting wise the friendly matches for the 2019 AFC Asian Football Cup were on whilst I was there. During an evening and a match the whole city of Hanoi stopped as the football was played. The streets were lined with people to watch the match on big and little screens. It was at the level of excitement and patriotism that England reaches during a major cup competition, let alone friendly matches. It was very interesting to see first-hand. Secondly, in less elite and more recreational sporting experiences I noticed a lot of people playing a strange street game using what looked like an industrial shuttlecock (see video below). On further investigation it is Jianzi or foot badminton. I, of course, bought one and it is a lot trickier than it looks.

2) Context of the workshop. The sport-mega event workshop attracted scholars who specialised in a number of Asian related countries, including Japan, China, Qatar, Tukey, Indonesia, South East Asia and South Korea. My knowledge of these areas prior to the conference was very basic, therefore, the four days was a personal quest to understand the historical and contemporary dynamics of the region. It was, also, very refreshing to engage with scholars who specialise in a country/area, rather than necessarily a sport based academic discipline. Through the discussions I observed that on the surface the countries are linked by the traditional sporting committees/competitions, such as, the Asian International Olympic Committee; Asia Football FIFA cluster and the Asian Games. However, in terms of regional/local events when you scratch beneath the surface there are deep rooted and historical distinctions to how Asian countries interact with each other through sporting and non-sporting contexts. I need to explore further a number of papers and resources connected to my fellow workshop participants, a few are listed here: 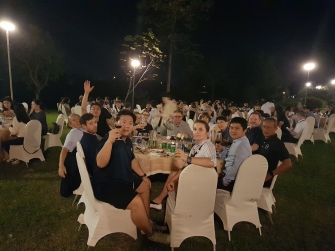 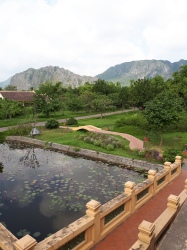 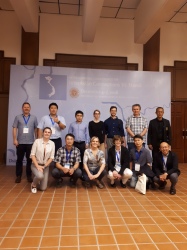 – John McManus’s book: Turkey and football  – Welcome to Hell? In search of the real Turkish football (available to buy)

All of these links and pieces will help me to better understand: what does sport (and sport-mega events) mean for ‘Asia’ as a region? Does it create InterAsian relations and diplomacy?

3) Our paper in the workshop. Titled ‘Knowledge Transfer to Diplomacy: United Kingdom and East Asian Sport-Mega Events’ it is a working progress. In short, this paper contributed the idea of using a diplomatic framework to study recent sport-mega events in South Korea, Japan and China. The focus on East Asia is, firstly, because each country hosts the Winter or Summer Olympics and Paralympics (2018 to 2022), then the Japan Rugby World Cup 2019. Secondly, as London hosted the 2012 Summer Olympics and Paralympics then the England 2015 Rugby World Cup there has been a number of activities around transferring knowledge and developing diplomatic ties. A particular nexus has formed between London, England (the UK) and East Asian sport-mega event hosts. From a UK perspective there have been sustained and pro-active public and private attempts to be ‘world-leading’ experts of sport-mega events, such as, the Make Britain Great campaign. Now, having attended the conference and discussed the paper, the next stage is to better understand ‘who’ interacts and ‘what’ modes do these relations contribute to wider diplomacy or specific sporting expertise between East Asia and the UK. Then, more broadly in an InterAsian context…

I think I will blog on each of these three individual topics (Vietnam, sport-mega events as hubs, and sport diplomacy between the UK and East Asia) in 2019/2020 as I read and think more. In the meantime, I am going to focus on Japan and the Tokyo 2020 Olympics and Paralympics, largely because I head back out there at the end of March.

A belated Happy New Year to everyone and thank you for all the views, comments and support throughout 2018.